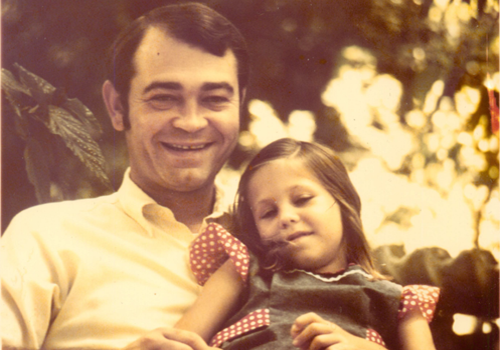 On November 1, 2008, Joey’s father walked his only child down the aisle. With tears in his eyes, he kissed her and “gave her away.” On December 15,2008, he died. He had not told the Joey he had terminal cancer and was not expected to live much longer. He didn’t want to spoil her special day. That was Joey’s dad, always giving and thinking of others. On the night he died, Joey was distraught. Then she got a phone call saying they couldn’t use his organs since they were riddled with cancer, but they could use his eyes. His big, blue eyes. That was the greatest comfort, knowing that her dad’s generosity gave 2 other people the gift of sight.

Error: (#10) This endpoint requires the 'manage_pages' or 'pages_read_engagement' permission or the 'Page Public Content Access' feature. Refer to https://developers.facebook.com/docs/apps/review/login-permissions#manage-pages and https://developers.facebook.com/docs/apps/review/feature#reference-PAGES_ACCESS for details.
Type: OAuthException
Code: 10
Please refer to our Error Message Reference.

Give hope to thousands of people and provide active and renewed lives.