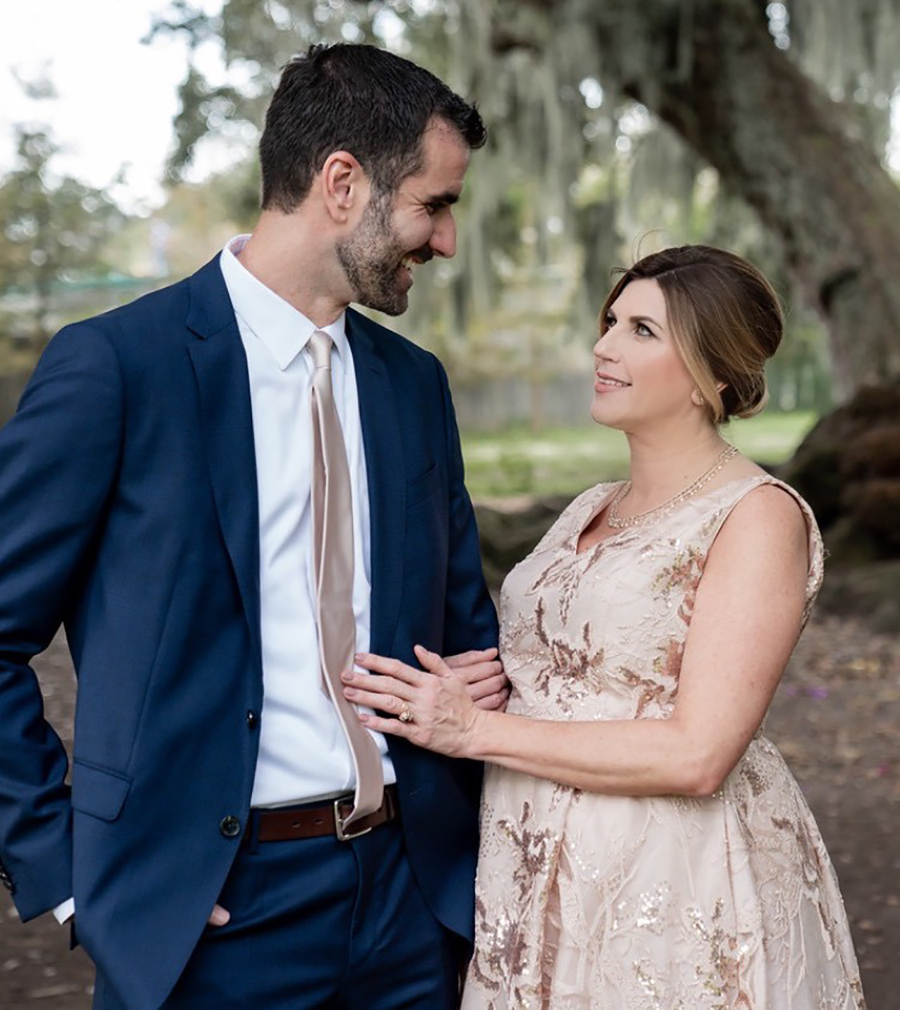 Every day we get to choose what our legacy is going to be. What are we here for if not to help each other and leave the world better than when we came into it? Those are the words of Erin Kousagan, who made the decision to save another person’s life by donating a kidney. “I chose to be a living donor because I saw a vibrant, young woman who is smart, beautiful, kind and an asset to our community suffering from kidney disease and wanted to help,” said Erin. Erin’s mother raised her with the expectation of helping others, and that is exactly what she did!

Erin met Neshka, a spin instructor and her recipient, at the gym. Erin was taking her class regularly while training for a Half Ironman and a marathon. Erin needed an instructor who would push her, and Neshka did not disappoint. Erin liked that she held her accountable for her health and fitness routine and immediately connected with her.

At some point, Erin noticed that Neshka has a dialysis access graft in her arm, but she never heard her speak of any health issues. They were friends on Facebook and Erin noticed a post from one of Neshka’s friends being disappointed that she was supposed to be a Neshka’s kidney donor but had been disqualified weeks before the surgery was to occur. For the second time, one of Neshka’s donors had been eliminated as a prospect and she was left devastated. Through social media, the friend made a plea asking for someone to consider helping Neshka. The next day Erin emailed the living donor coordinator asking for more information about being a living donor to better educate herself on the process and potential outcomes for the donor and recipients. After reading and doing additional research, without Neshka knowing, Erin decided to proceed with a donor workup. Erin waited until she passed all medical and psychological testing and received clearance to donate, to have her surgeon call finally and tell Neshka. The two women met at the gym to acknowledge and celebrate what was going to take place and decided on a surgery date.

Now the two are very close friends, and Erin says Neshka is a role model for her 14-year-old daughter, Ryan. Erin feels Neshka is setting an example for her by teaching her that anyone can make a difference and we can be the change we seek in the world, through our actions. Erin describes Neshka as accomplished, smart, traveled, strong, independent, beautiful, kind, determined, graceful, humble and warm. Erin enjoys watching Neshka travel again, free of dialysis and able to live life fully.  Being a living donor has given Neshka a second chance at life, and according to Erin, it means she is at peace, and that makes her happy.

Erin, who previously worked in organ donation and is now the Vice President of Operations at Ochsner Medical Center, often forgets that she is a kidney donor because she doesn’t have any real physical repercussions. She said when she is reminded, it is humbling. After the donation, she had strangers reach out to her about their story to offer support. “It was truly joyful and amazing how the community supported not only me but the idea of living organ donation,” said Erin. “There was a true sense of community.”

The surgery has not stopped Erin either. She said she had not had any real concerns. Of course, she took the procedure very seriously, recovered quickly and is doing well. She has re-married and gave birth to her second child in December 2018. According to Erin, her one kidney has kept up nicely, and the function looks so good that her transplant surgeon recently asked her if she was growing a baby and not another kidney. Her husband, Nick, supported her through the whole process from decision to donation and her daughter helped her through her recovery. She is ecstatic to grow a family with Nick. As a bonus, Erin’s mother considers Neshka, her fourth daughter! Erin’s transplant journey demonstrates how living donation impacts all families involved and creates a lasting bond.

Error: (#10) This endpoint requires the 'manage_pages' or 'pages_read_engagement' permission or the 'Page Public Content Access' feature. Refer to https://developers.facebook.com/docs/apps/review/login-permissions#manage-pages and https://developers.facebook.com/docs/apps/review/feature#reference-PAGES_ACCESS for details.
Type: OAuthException
Code: 10
Please refer to our Error Message Reference.

Give hope to thousands of people and provide active and renewed lives.